Amanda Tattersall’s grandmother’s father was killed because of his gambling debt. This launched her family into a period of homelessness that cemented which side of the political battle Amanda’s grandmother found herself on. This passion for the sociopolitical was embedded in Amanda early on through her grandmother telling her stories while taking care of her as a kid. But her family wasn’t particularly political; she had no idea how to act on this sense of activism that she was feeling.

However, like many do, she found the resources she needed in university to expand her horizons, diving deep into social good movements around student rights, refugee rights, and peace during the war in Iraq.

Amanda Tattersall has had quite the career in social change. She co-founded GetUp!, Australia’s most successful digital advocacy organization, that has over one million members. She founded and ran the Sydney Alliance for nine years, which brought Saul Alinsky-style community organizing to Australia. She has written the globally focused go-to book on coalition strategy, Power in Coalition.

How can social entrepreneurs create (real) social change? Check out our video interview with Amanda Tattersall for key tips and insights for the change maker.

She is currently the education lead at the Sydney Policy Lab, which is Sydney University’s bridge-building hub with the wider community, and is the strategic director of their post-COVID economic recovery plan. She is also the host of the ChangeMakers Podcast, where she shares much of her learnings, reflections, and lessons in social change strategy.

This multi-faceted history of participation and involvement in as well as reflection upon social change movements is what we focus on in today’s conversation with Amanda. That’s much of what we dive into in our chat today: where we’re at in the world with bringing about positive social change and how to create more of the ideal world that we believe we should be living in. So many detailed reflections, lessons, and incredibly impactful advice.

This episode is definitely worth a listen, especially as a young, ambitious changemaker fired up about fixing one of the many issues our world is currently facing. Founder Amanda (left) with Jennifer Dillion, communications director of the National Domestic Workers Alliance for an episode of the Changemakers podcast

“Arrogance is the quality of the enemy. Caution yourself against any practice that would connect with that. Be open. Be learning. Be creative. It’s not easy. If you’re not challenged, then you’re not trying.” – Amanda Tattersall 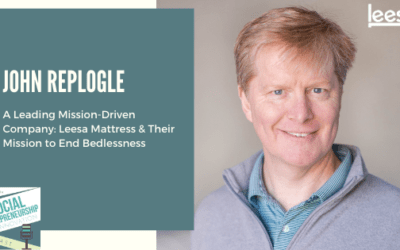 How to Harness the Power of Storytelling for Positive Change with Paul Lynch of Cage Free ProductionsSubscribe:Subscribe:torytelling is embedded in so much of our society that we don’t even realize it—and it’s much more... Ethical Marketing: How to Amplify the Work of Better-for-the-World Businesses with Sian Conway, Founder of #EthicalHour

Ethical Marketing: How to Amplify the Work of Better-for-the-World BusinessesWith Sian Conway, Founder of #EthicalHourSubscribe:Subscribe:t Grow Ensemble, we love conscious businesses that are built to shake up the system... The Intersection of Sustainability & Social Justice in BusinessWith Leon Kaye of TriplePunditSubscribe:Subscribe:id you know that sustainable businesses actually perform better than typical businesses? Time and time again, consumers show a... How Can Circular Fashion Reverse Climate Change?With Shamini Dhana, Founder and CEO of Dhana Inc.Subscribe:Subscribe:hat is the lifecycle of the clothing you’re wearing right now? For most of us, it starts with our...